Other: Dresses almost exclusively in men’s clothes and wears a hodgepodge of things that seem stolen from various owners and vaguely altered to fit, seems to go out of her way to make her appearance nondescript. She’s not very successful

At best, you could call Craic “eccentric.” There have been other terms for her, of course, but she’s never bothered to keep track of them all that much. She’s sort of a feral outside of work, showing up where and when she wants, doing as she pleases, and seemingly acting as the rules of polite society can simply edge around her if they’re really that bothered by her. She’s far too old and has lived far too long to bother with any of the things these younger people seem so preoccupied with.

That said, at work, she’s the perfect servant, usually interpreting and anticipating the spirit of Nick’s commands before he can and doing her best to keep the patrons of the hotel in line. Those who have tangled with the odd mononymous bartender don’t usually do it a second time, and while Craic does her best to be intimidating and discouraging, she’s never gone absolutely overboard with anything in particular. Well, in public. In private, she’s tried to keep her vigilantism to a minimum, but every so often someone who mistreats a woman in town tends to turn up after an “animal attack,” and occasionally their personal effects tend to go missing and turn up months later with a specific person.

With social interactions, she tends to approach them more like a shark circling its prey, or like a cat toying with its food, gradually moving in further as the conversation goes on, always playing some kind of game without fully letting on what it is. It can be unnerving when she wants, but she’s also used it more just to keep conversations interesting and lively, even if there is some kind of edge to the whole thing.

Affiliation: Loosely affiliated to the Council through Nick Orlov

Blood Preferences: Male, and usually someone who’s killed or done something evil before.

Strengths: She’s a highly effective and vivacious person, skilled conversationalist, capable as an enforcer, dangerous in most fights

Weaknesses: Little to no social intelligence, gives off a very weird and upsetting aura to pretty much everyone who encounters her, has a little trouble sometimes distinguishing between “justice” and “dinner time.”

We’ll skip prehistory. It wasn’t very interesting and neither was I, to be honest

The creature who calls herself “Craic” had a name once. It was lost sometime around the founding of civilization. By the time the houses were erected and the tribes started to turn into settlements and towns, she was a legend, a thing that lived in the cave in the woods, using wailing to both signal her danger to the people in the villages and to frighten her intended prey. She’d been a demon to others before, of course, the Ninth Legion certainly knew of a thing that looked like the enemy and took them, one by one or in groups by night. They’d even speared her, kept her pinned to the ground with their standard as a last act.

Poor dears missed the heart. It scarred, but didn’t take.

She was a demon, a thing in the woods to be feared, but occasionally to be bargained with. There were rules. There was a system. The townspeople would bring animals and people into the woods, and she would spare them. Occasionally, she would take one of the wicked. Occasionally she would let herself be seen, make a deal with them, or in rare cases lure one of them to their death. They had many names for her then, but those were their names. Hers...hers didn’t exactly fit.

Civilization grew around her cave slowly, the villages became towns, the towns became cities, the cities kept their borders away from the dark woods. Some of them got smarter, a few of the witches even journeyed to her den, attempted to exorcise her. They got closer, but as they did, she got smarter, struck bargains with them, allowed them freedoms they wouldn’t have. The religious called her the devil. The pagans that still worshipped her did so in secret. She abandoned the cave, hid further in the woods, deeper underground. At night, the lights in their cities hurt her eyes. The torches they took when they hunted for her were vaguely more bearable. She fed more on animals, grew feral, grew careless. And then the Saints came.

They didn’t know they were witches, obviously, when they drove her from her lair and kept her on the run, on the move, they thought they were simply gifted by God and expelling a demon from the land, making the people more religious and taking away their heathen beliefs. She was pushed further underground, further to the borders, as the cities started to connect, as paths were made through the woods. She would find herself going dormant for long periods of time, waking up every few days to feast on another animal, just to keep herself going, and falling into hibernation again. Time meant nothing during this time, she would wake up, eat, go back to sleep, wake up, eat, go back to sleep, and continue moving. She slept through wars, through strife, and through disease, and as she slept, her enemies grew weaker, their faith more faint.

She appeared in a civilized settlement for the first time sometime in the 1600s, living in a basement and only venturing out at night. Craic kept to the people who wouldn’t be missed, lowlives and thieves and those waiting to get pinched by the law enforcement, never anyone of importance. But unfortunately it was a turbulent time, and the wars forced her back into the dark. She hibernated again, peeping up every now and then, and when she heard tell of a “new world,” well, she found a new place. The ship took on an oddly tall deckhand, and arrived empty. She found a new cave in the woods near a new settlement and remained.

But wars and religion once again followed her, and the witches on the land were not kind to a foreign goddess. They were more persistent, more zealous in their pursuit. She tricked them, made them believe they’d stopped her, and went to sleep again, feasting on the odd puritan or forest animal. The sleep was good. She rose again at the Revolution, feeding nightly on the battlefields and ensuring that the ghost stories merely added. Her hatred of the British, something that had carried her entire life, made it all the sweeter. She received a nice new red coat and fancier clothes to wrap around her on these nightly journeys. But soon the endless churn of war bored her again. The witches grew. The civilized world grew. Craic retreated.

When she arose again, she stayed out, wanting to try this new world for once. She became an urban legend, a tale with many names, a seductive stranger or a rough woman depending on the town. There were paintings where she’d be holding cards. Hushed stories about a woman in a red coat, no longer the officer’s coat she’d once wore, occasionally showing up on a riverboat or in a saloon. She headed north, towards the uncivilized lands, thinking she could be a story once more.

And unfortunately, civilization had beaten her to the punch. She’d been slow, older in her age, not as bright. There was a town, a hotel called Scarlett. Others like her. She had to announce herself, bow, scrape. Pretend she was a newborn. She kept her eccentricities. She made it clear she was here for no one’s benefit and that her interests aligned. When asked her name, she looked around the room and, seeing the conversation and party around her, merely smiled and answered “Craic.” A few bar fights, and suddenly she was an enforcer. Serving, but that was fine for now. Goddesses hid as humans, after all.

It was just another kind of sleep.

Enforcer and bartender, the Hotel Scarlett

Address: Rooms above the bar

Lived There Since: Two or three months after the bar was established.

Likes: Liquor with a drop of blood in it, sleeping in on nights, found objects, artwork, collecting local legends, a good fight, her red coat.

Can usually be found: Hotel Scarlett, the woods, occasionally drinking with the witches.

Favorite Color: Red. That officer’s coat really had some significance. When she woke up and it had rotted away, it was disappointing

Favorite Drink: Sarsaparilla. She has a bit of a sweet tooth

Favorite Music: Anything with a heavy drumbeat

Favorite Read: She has a book of folktales. Some of them might even be about her.

[Most Common Misconception about him/her:] That she’s some kind of murderous sociopath

[Most Uttered Phase/Word?] “If you wouldn’t mind.”

[Most likely to find him/her?] Either curled up in a chair or serving drinks

[Knows he's/she's really sorry if?] Is she ever actually? Possibly she’ll make some odd extra effort. 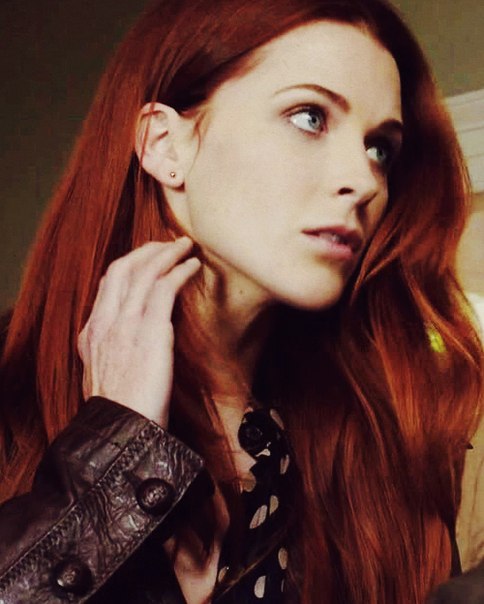